I’m currently going through my Scotland images and came across this one taken in 2013. It certainly lives up to the Darker Skies name!

The tree has appeared in a number of my photographs including the one below that has been used as my twitter header image, on and off, since 2012.  I have to say that i’m rather fond of that little tree.

Both photographs were taken at a location near Dornie, Highlands of Scotland.

It’s been over a week since i got back from my little trip up north and i still miss the mountains and lochs of the Highlands. My only conciliation is that i’m currently planning my return next year. The week i had up in the Highlands just went so fast. Far TOO fast for my liking so I’ll be staying two weeks next year.

Photography wise, the Highlands has lots to offer. If you are a landscape photographer then a trip there is a must. The history combined with the landscape offer the photographer plenty of scope for image making, but you need time for the weather and light to be right. Coming through Glencoe you could see the unique lighting that the mountain ranges produce. Light and shadow mix together to produce an extremely dramatic experience, yet within a minute (or even seconds) the whole show has moved on to be replaced with mist, rain or a mix of both. No wonder it was recently used as a location by the 007 film crew.  Glencoe really does take the breath away, not only through its dramatic geography but also its connection to a tragic event . Somehow the mountains convey the drama of the geography and the history of Scotland at the same time.

Like the Highlands, Skye gets into your blood. It was my first visit and i left wanting more. I’d seen just some elements of what Skye has to offer which includes travel to the Western isles. A trip to Harris or Lewis is high on the agenda for next year. I love travelling by ship anyway, so the prospect of travelling across the sea to Harris is just thrilling. This year’s trip was a kind of reconnaissance just to see what was there. I now have an idea of what the Highlands and Skye especially has to offer. Probably the biggest draw is the detached feel of the place. It did feel like an escape and i like that feeling. Probably the biggest example of that sense of freedom was the ferry waiting to leave for the Isle of Harris. The whole ship, like most ships do, became one big symbol of freedom, escape and adventure. Next year i will be aboard 🙂

The move down south went OK, but after having the Highlands as a backdrop, i found adjusting to the area around Dumfries tricky. I left the Highlands with a heavy heart and to be honest Dumfries didn’t quite push all my buttons. If the weeks had been vice versus then maybe Dumfries would have worked. The Highlands are basically a tough act to follow. One Dumfries shop keeper asked about where I’d been and i got the reply ‘oh we have it all here!’ Er no you don’t. The second week turned out to be a holiday week rather than a photography week. Enjoyable but I barely shot a roll of film the whole week. In fact i came back with just under half the film i took, with virtually all of the shot film being taken in…. yes, you guessed right! The place that begins with H. 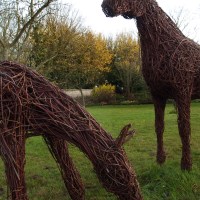 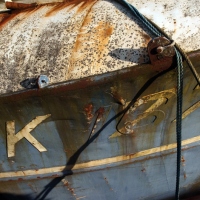 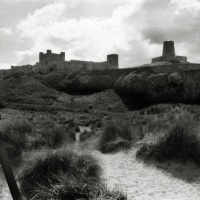