It’s not often that i post about my day to day work. The vast majority of my pro photographic work, the stuff that earns me a living, usually stays out of the blogs. My recent shoot for a film is different though. Promotional photographs are usually the first thing a film needs to get the idea and story across. Interest can create financial investment into a project, so even though we are six months away from shooting the film, photos need to be taken to get the ball rolling. The person in the photo above is actually the film’s director, Matt Bland, who stood in to portray the Christian character. The role of Christian isn’t due to be cast until early 2010.

I rather like the idea of making portraits of the film characters. You can let your creativity run free and really try and capture what makes the hero or villain tick. I realise i’m lucky to have such a great backdrop as Whitby to use. If the movie has six main stars, the seventh must be the town of Whitby itself. Somehow you understand why Bram Stoker, who stayed in the town in 1890,  used Whitby in his book Dracula. The place has an attractive and yet…. dark undercurrent about it. Maybe it’s the abbey or the churchyard on the clifftop. Bleak is the wrong word to use. Atmospheric is probably far more apt. Whatever it is, Whitby certainly makes a great location for a film.

This week will see the local paper, The Whitby Gazette,  write about the film, and hopefully, use one of the promo images.  I don’t know which one yet, some are a bit scary, so it’ll be interesting to see which one is deemed OK to publish. I might be surprised!

This site uses Akismet to reduce spam. Learn how your comment data is processed.

Darker Skies was launched in August 2009 and could be described as a more personal and informal photoblog.

My photography podcast also has its main links page based on this site. 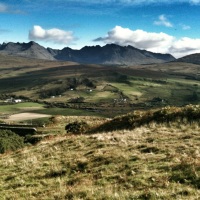 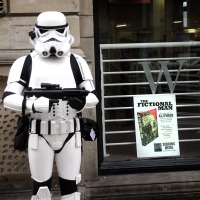 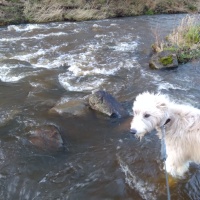 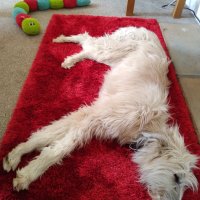